This two-tone 1954 Chevrolet 3100 pickup has a great color combination and is ready to cruise!

Under the hood sits the very reliable Thriftmaster 235 CID inline 6-cylinder engine. That is mated to a 3-speed manual transmission which is shifted on the column. The front end of these 54 Chevrolet and GMC trucks featured a grill that was only in production for about a year and a half. You see a lot more of the 1947-1953 Chevy and GMC 3100 pickups than you do of these 1954 and early 1955s.

The body is painted in a classic Antique White with Bronze Metallic fenders, which really make this truck stand out in the crowd. That color scheme is carried into the interior and is paired with wood accents, an underdash unit, AM/FM/CD player, and extra gauges.

The chrome dog dish wheels are wrapped in radial tires, including the popular side mount spare tire option. The inside of the bed has a spray in bedliner so it can actually be used without fear of hurting the value of the truck. You don’t see too many of these trucks in stock form like this, with most receiving V8s and custom body modifications.

Chevrolet called these the Advanced Design series from 1947-early 1955 while GMC referred to them as the New Design. It was the first redesign after WWII. 1954 was the only year with major changes. Those changes included: Windshield now curved one-piece glass without center vertical dividing strip. Revised steering wheel. Revised dashboard. Cargo bed rails, previously angled, now horizontal. Tail lights round instead of rectangular. Grille changed from five horizontal slats to crossbar design commonly referred to as a “bull nose” grille, similar to modern Dodge truck grille. Engine now 235 in3 straight-6. 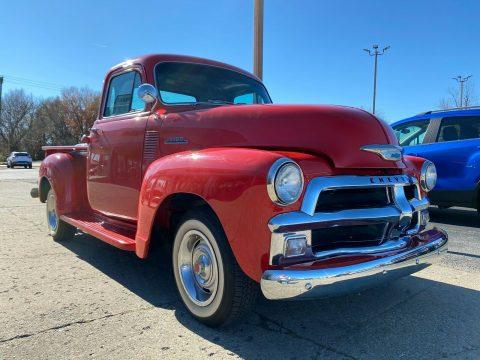 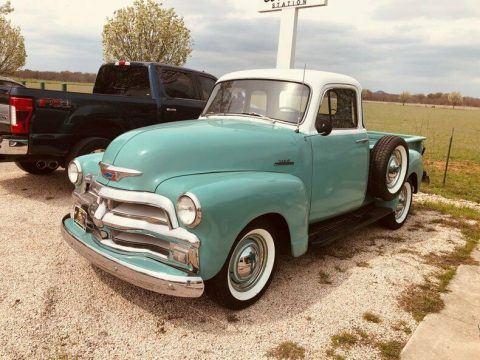 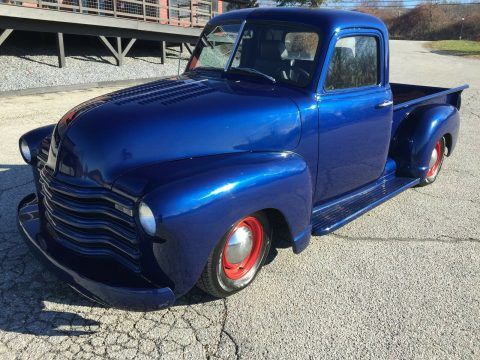 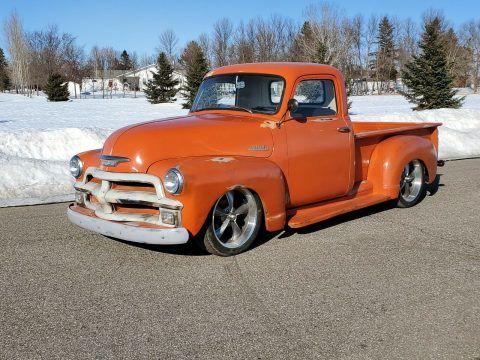 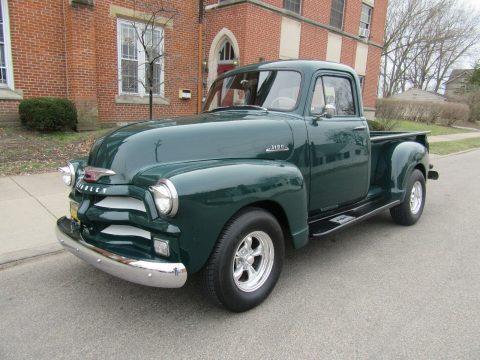